The Octane was a powerful dual-microprocessor (SMP) IRIX system produced by SGI in the late 90s. It featured a variety of MIPS RISC microprocessors with clock speeds ranging from 175MHz to 250MHz providing up to 500MFlops of theoretical performance. Purchased, in 1998, it was a cutting-edge system and a workhorse for NETL Researchers. 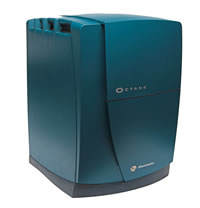 The Scyld Supercomputer was NETL’s first high-performance computing cluster. Brought online in early 2000, it was comprised of 24 compute nodes each with a single Pentium II 300Mhz processor providing 7.2 GLFOPs of total performance. This was the beginning of NETL’s use of consumer processors for high-performance computing and provided a first glimpse at capability that would grow at NETL for years to come.

NETL purchased time on the PSC Terascale Computing System, also known as Lemieux, which was installed in late 2001 at the Westinghouse Energy Center in Monroeville. The system was comprised of 3,000 EV68s processors housed in four-processor AlphaServer systems manufactured by Compaq. It provided a total capability of six teraflops (six trillion calculations a second). The EV68 was the most powerful Alpha chip at the time, with peak floating-point capability of two gigaflops (two billion calculations per second). 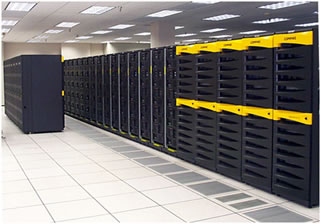 By 2005, Supercomputing at NETL had grown from a single 7.2 GFLOP cluster to 7 clusters providing a total of 3 TFLOPS. Installed at both the Morgantown and Pittsburgh sites, these systems ranged in performance from several GFLOPs to nearly a TFLOP and were heavily utilized by the Computational Sciences and Chemistry divisions. 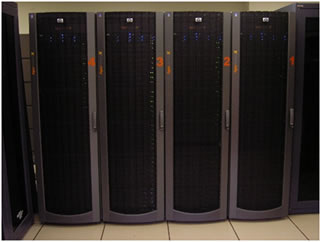 A continuing reliance on high-performance computing and an increased demand for CPU hours led NETL to expand its supercomputing to 15 independent clusters ranging in sizes from 64 to 1,024 cores. These utilized various technologies ranging from the latest quad-data rate Infiniband to the first generation of Nvidia Tesla GPUs and serviced research needs at the Morgantown, Pittsburgh and Albany sites. With almost 8,000 cores in total and peak performance of 84.3 TFLOPs, these systems allowed for a new scale of research not possible before at NETL. 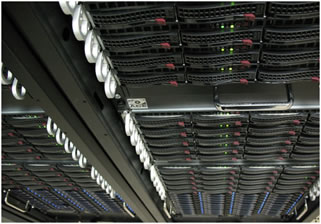 Installed in 2012, the Joule Supercomputer was comprised of 24,192 cores with a peak performance of 503 TFLOPS and offered a six-fold increase in performance over pre-existing NETL clusters. Achieving an 82% efficiency on the Linpack benchmark ranked the system as the 55th fastest Supercomputer in the world in the fall of 2012. The Supercomputer was housed in a Modular Datacenter (MDC) which allowed the system to achieve a cutting-edge Power Usage Effectiveness (PUE) of 1.06, meaning only 6% of the total power was spent on cooling and other facility overhead. 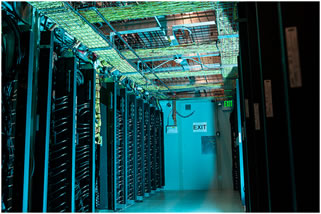 Installed in 2018, Joule 2.0 boasts 74,240 cores with a peak performances of 5,750.8 TFLOPS. A ten-fold increase in performance over the original Joule Supercomputer. Ranked as the 52nd fastest Supercomputer in the world in November of 2018, Joule 2.0 is house in the same Modular Datacenter (MDC) as its predecessor which allows for intelligent reuse of existing infrastructure. 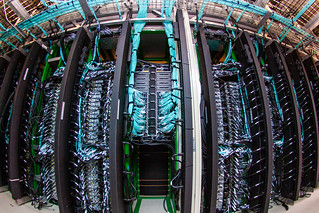